A Single Standard of Citizenship

The Treaty of Waitangi does not confer any extra rights for Maori, in fact it prohibits it in Article Three. In 1840 as a result of the treaty, the hierarchal ways of old were left behind and all New Zealanders gained equal rights and so an equal standard of citizenship. The only way we can return to that single standard of citizenship is to repeal the Treaty of Waitangi Act which gave extra rights to people based on their race or ancestry.

Successive governments have normalised race-based policies, acts and omissions which has destabilised our entire country. We will remove all of them.

Successive New Zealand governments have used the education system to [ab]use and indoctrinate children and also to bully teachers. They have normalised the grave error of allowing race-based claims of oppression and subsequent reparations to be paid out. We must remove race and racial separation which is encouraged by the New Zealand curriculum.

We will ensure that all of New Zealand’s recorded history and the importance of Queen Victoria’s Royal Charter/Letters Patent to our legislative history is taught in our curriculum.

Successive New Zealand governments along with other self-interest lobby groups have allowed a false and toxic story of our history to permeate through central and local government departments and also our education system. The toxic story comes about because of a failure to recognise the citizens of New Zealand as individuals but rather they have categorised them as members of identity groups based on racial, ethnic, sexual orientation and gender groups.

Because they have then foolishly tried to legislate social and economic parity between these groups, our society has increasingly become unstable.

A similar instability existed before the 1840 Treaty and for the similar reasons, it is impossible to have a stable society unless the people are all governed under one sovereign, one law and all have equal rights.

During and before 1840 there was no social or political construct known as Maori in New Zealand, just 600 or so separate tribes, who arrived at different times and lived separately. Consequently there is no social or political construct known as Maori mentioned in the Treaty of Waitangi. The Treaty was addressed to the people of New Zealand, all of them. In the four decades leading up to the signing of the Treaty there were 602 significant battles where between 35 – 45,000 people were killed and 2/3rds of the land mass of New Zealand was sold to overseas speculators. The 1840 Treaty of Waitangi was designed to bring all the separate groups and nations living here into one nation with a single sovereign, property rights (law) and a single standard of citizenship. The ensuing legislative procedures, including the Queens Royal Charter resulted in an almost immediate end to warfare and slavery. Within 60 years after the signing of the Treaty New Zealand overtook both the US and Australia in terms of productivity as a nation. By the 1950’s all land claims were complete and it was widely acknowledged New Zealand was the fairest and safest place on the entire earth in terms of raising a family. That is our history, one of togetherness and patriotism which could be summed up in the modern Maori language as “turangawaewae”.

We will promote that positive story of togetherness that allowed us to lead the world.

As a result of a government error in 1975, an incorrect English text treaty. with different words and meanings was drafted into the Treaty of Waitangi Act. In 1989 the actual English draft of Te Tiriti o Waitangi, written by James Busby was discovered. Instead of admitting their error and repealing the legislation, because now the English words matched the native language words perfectly, the government decided to defraud the people of New Zealand. They poured scorn on the Busby written document and then went down the pathway of indoctrinating the young people of New Zealand, with programs such as the 2006 TREATY2U program. The TREATY2U propaganda still exists on government websites today.

That fraudulent act is one of the reasons the false and toxic story of our history is preferred and allowed to permeate through our government departments and education system. Rather than the true history of a nation coming together in 1840 and rising to the top of the world in terms of prosperity and peace in a little over 100 years.. 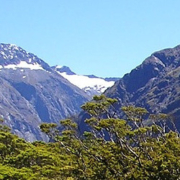