Currently, the Public Finance Act states that the Government must run the economy of New Zealand as if it were a household. It also states that like a household, fiscal responsibility is measured by the ability of the government to balance the books. In other words, over a reasonable period, they must spend less into the economy than they tax out in revenue, and that any amount spent over the revenue must be borrowed. New Zealanders recognise this fiscal behaviour as this is how all ‘currency users’, or private citizens and businesses must operate.

However, the legislators have failed to recognise that the New Zealand Government is not a ‘currency user’ like citizens and businesses and that it does not do anything to produce revenue. The New Zealand Government is an entirely separate entity from the public and private businesses. It is the only authorised entity that can act as the ‘currency issuer’ of the sovereign New Zealand Dollar. The currency it issues is fiat currency or new government money. It does not need tax revenue to issue it, nor does it need to borrow from another organisation or country to issue the sovereign New Zealand currency. At present, from advice by neo-classical economists, the New Zealand Government runs a ‘limited money supply model. It limits the budget (money supply) to the sum of taxes and borrows the balance ‘only’ because of bad advice, bad legislation, and a complete lack of knowledge in how to responsibly operate the New Zealand monetary system.

The result of this bad advice and legislation is that the New Zealand public are some of the most indebted people in the world. We are now a low-wage and low-productive country with terrible social problems and a lack of infrastructure.

The New Zealand Government is already authorised to issue currency responsibly into the economy. “Responsibly” means that it should issue currency into the economy and tax out currency to match the capacity available at any one time. Thus, providing for a productive and diverse economy that always has the people at the center of it, rather than what successive governments have been doing for 40 years or so, operating a limited monetary system that ignores people and is centered around an illogical policy of balancing the books.

Once the Public Finance Act has been repealed the One New Zealand Party will have allowed the government to invest in infrastructure, health, education, and the people in ways it hasn’t been able to in about four decades. We will allow the government to prevent the thousands of unnecessary deaths and ruined lives through a lack of ability to spend and a nonsensical want to balance books instead.

This does not need any structural changes to achieve. In fact, there is no need to change anything about how the government issue currency. Policy decisions can be made with the knowledge that the government does not need revenue to spend and so all spending decisions will be based around the capacity for the money to be used productively. For instance, the government can fund any approved medicines and therapeutic products. They can buy all the available labour, if a road needs building and there is a company available to build it, then the government should call for tenders and issue the currency to build it. The money supply decisions will always be about the requirements of the people and the capacity available to achieve it, not the amount of money available. As the New Zealand Government are the sole authorised issuer of the sovereign New Zealand Dollar, they can never be insolvent and they can always meet their fiscal responsibilities.

This may sound unachievable to those who do not understand economics, and most don’t, however, in the following video Young Ha, the Chief Economist of the Reserve Bank explains how the government does not need revenue to spend.

Because the government (the currency issuer) does not require taxes to fund spending, the tax rates can be dramatically lowered. The following is our proposed new sliding tax scale and we will not rule out further reductions in the future.

Because the government (the currency issuer) does not require taxes to fund spending, tax rates can be dramatically lowered. With lower tax rates and more commercial activity, corporates and businesses will be able to pay higher wage rates. The wage rate and government-guaranteed job scheme must be balanced so that the private sector is always a more lucrative place work. We must also allow businesses to be competitive with overseas suppliers or manufacturers.  We will not rule out lowering tax rates further.

Because the government (the currency issuer) does not require taxes to fund spending, there is no requirement for repressive goods and service taxes. This tax was primarily designed to fleece the workers and businesses of their hard-earned money.

When a society allows its people to become unemployed often it makes them, through no fault of their own, unemployable.  It also often ends up creating major and expensive societal problems that are almost impossible to solve. The One New Zealand Party, through running a capacity-based monetary system, will have largely used the available labour. However, there must be a system in place that captures anyone who finds themselves, for one reason or another, out of work. The scheme will be funded by the government and run through regional local government programs. With the regions designing work that suits their individual communities.

With lower tax rates and more commercial activity, corporate and businesses will be able to pay higher rates. The wage rate and government-guaranteed job scheme must be balanced so that the private sector is always a more lucrative place to work.

Health care will be state funded for all pensioners and children. For all other New Zealanders, it will be a mixture of subsidized and free.

The age for the New Zealand Pension will be set at 65 years of age and over. It is available to all legal New Zealand citizens who have lived here for 10 years since age 20, with five of those years since you turned 50. The One New Zealand Party will guarantee that as long as it is in government, the age for eligibility will not increase, the amount paid will not decrease and it will not be means tested.

Currently, the New Zealand electrical grid is in vital need of increasing capacity, we will invest in doing that.  Energy rates will be government regulated to ensure energy costs do not prevent commercial or private activity. 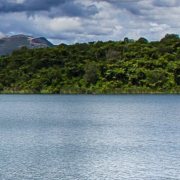