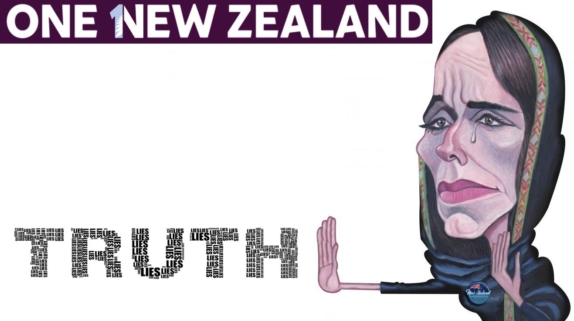 I stopped believing what the mainstream media (MSM) were peddling years ago. Mostly because I was targeted by them for daring to promote a narrative about race that didn’t fit with theirs, or indeed our New Zealand education system. They took my words and twisted them, they published biased personal opinions about me and also projected my apparent racial delusions onto others by association.

It’s quite clear that the left-leaning MSM’s narrative is along the lines of postmodernism, i.e. we are to be judged not by the content of our character as individuals but by the group identity that we either define ourselves, or are categorised into by others, such as skin colour, gender, race, sexual orientation etc.

I believe that postmodernism, or a narrative similar has been taught into our young through our education system, and it has been that way for at least two or three decades. If young impressionable people have been taught that there is only one way to view the world i.e. from a group identity lens, then it is impossible for them to think critically about almost anything. Also, when issues are promoted through that lens by the MSM it just strengthens their world view, it’s like a self-fulfilling prophecy.

As a result we are witnessing a return to tribalism and so instability.

However, there is another problem that comes along with postmodernism that few discuss and we have seen it in the outrageous government response to COVID- 19 and also in the election campaign. Because there is little if any logical argument which backs postmodernism, a cancel culture has developed to prevent debate and that culture squashes new ideas, alternative opinions and lastly science itself.

During the Covid-19 crisis the media and Jacinda Ardern used this cancel culture and told the NZ public that we should only trust the Labour government as the single source of information and also to dismiss any other source of information on social media. Ardern had been highjacked by radical medical opinions and was intent in cancelling all other ideas, this behaviour is anti-science.

We saw a poorly prepared and unethical journalist, Tova O’Brian, dismiss Jamie Lee Ross’s attempt to repeat World Health Organisation data showing the similarities of the lethality between COVID-19 and the regular flu. Like a child she spoke loudly over him so that she and no one else could hear what he had to say.

Jack Tame, who recently revealed that TV1 and he had conspired to meddle in NZ democracy by ignoring the AdvanceNZ Party during the election campaign, tried to accuse Dr Simon Thornley of not being qualified enough to have an opinion on handling COVID-19. Tame was hopelessly out of his depth and put in his place by Thornley, however, that didn’t stop him, like a child, trying to get the last word in at the end of the interview.

These are just three examples of how Jacinda Ardern, the Labour government and the NZ MSM conspired to keep the truth about COVID-19 from New Zealanders during the election process. With an incentive of $25 million and the promise of more money to come, the Labour government had effectively highjacked the MSM, using it to elevate their narrative and telling the public to dismiss all other sources of information on social media. At the same time, they were spending about $24 per minute on social media throughout the election campaign.

This lie by Ardern, i.e. to dismiss all other information on social media as fake news, prevented large numbers of the NZ public listening to the other smaller parties who can only really reach lots of people through social media. Some of these parties had wonderfully well thought out ideas on how to operate the economy to benefit the people, modern money theory and/or social credit. There were other ideas too about returning New Zealand to a less racially divisive single standard of citizenship from the New Conservatives.

Besides a functioning democracy where the people are all equal, there is possibly nothing more important than an economy that works for the people, however, Ardern’s cancel culture and a complicit media did not allow that conversation.

While we have an authoritarian government treading on the rights and liberties of the New Zealand public, using medical scaremongering and threats of lockdowns, there is a place for the One New Zealand Party in New Zealand politics.

Please participate in standing up against this tyranny, support us, visit our website and join us.

Want to join the discussion?
Feel free to contribute!